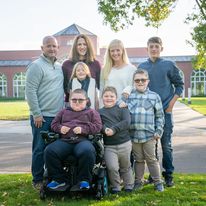 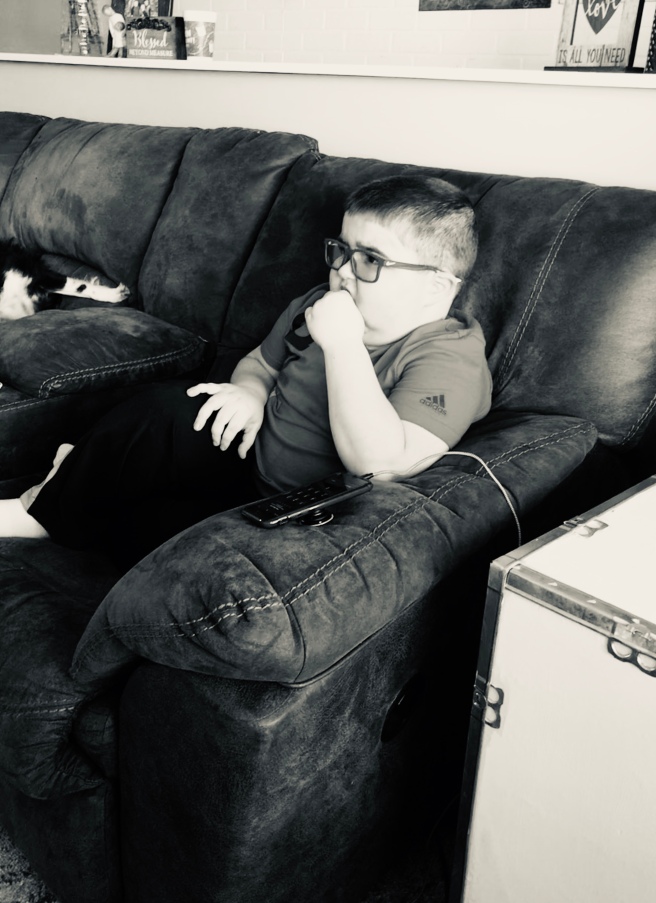 Let me paint a picture of this boy. Rowen was standing in the chip section at Walmart. His back arching with the lordosis caused by Duchenne. He was holding a party sized bag of Doritos so large next to his small stature that it nearly touched the ground. He was gazing up at all the other flavors of potato chips stacked on shelves nearly three times his height, trying to decide on a second bag.

I was loving this boy so much in that moment that my heart was hurting.

Rowen turned 10 a couple of weeks ago and tonight is celebrating by having a few boys over for a slumber party.

I’m so nervous for this party.

Rowen is on the spectrum. Chaos and extra noise are not what he is best at. Having had a few slumber parties along the parenting journey thus far, I know that is exactly what we are in for…especially when we add Rowen’s 5 siblings.

But Rowen is so excited. I tried more than once to propose another way to celebrate. I suggested a swimming party, a bowling party, and taking friends to a movie, but he was determined that we were celebrating with a slumber party.

If Rowen needs breaks, his older brother is on stand by ready to step in and make sure his brother’s friends are still having fun.

We have nachos and pizza on the menu. Rowen picked out his chips and soda flavors. He wants to play video games and watch movies. He asked his Dad special to go buy donuts tomorrow morning.

And as I type he is telling me I need to finish picking up the house before his friends get here, so I had better end this now. Please pray that Rowen, his friends and family all have fun and memorable night!